There’ll be love and laughter

And peace ever after.

Tomorrow, when the world is free.

– The White Cliffs of Dover by Vera Lynn

It is not hard to imagine the look of ecstasy on the faces of homeward bound WWII British soldiers on seeing the old and familiar White Cliffs from their sailing vessels in the English channel. The White Cliffs of Dover stretching for eight miles in south east England are a pride and symbol of Britain. It is no coincidence that Albion meaning white, is the earliest known name for the island of Britain. Ancient visitors to the island recognised the country by its towering and distinguishing white cliffs reaching a height of about 110 m from the sea level.  Deeply rooted in popular culture, medieval legends and Shakespearean tales, the white cliffs are the heart and soul of Britain and its people.

The White Cliffs were formed around 70 million years ago when tiny white algae skeletons were deposited on the ocean floor and got compressed to form chalk. Later, at the end of the last glacial period,  the melting of glaciers raised them above sea level. The dark bands in between the chalk are quartz crystals, formed from the hardened remains of sea sponges and planktons.

During my visit to the cliffs, I explored the area owned and managed by National Trust. The entrance to the White Cliffs is near the ferry port of Dover. A narrow road goes uphill and crosses  the visitor’s centre to the left. A site of special conservation, the White cliffs are home to a large number of birds, flowers and insects. Looking back, one can see the medieval ruins of the 11th century Dover castle built in a Roman style.

The walk in the cliffs is particularly pleasant amidst the light summer winds of June. The winding path leads to the South Foreland Lighthouse which has fallen out of use in 1988. The Shakespeare cliff, named after the setting of King Lear in Act IV, is a famous retreat for all fans of the bard. Across undulating plains and over muddy steps, the White Cliffs of Dover offer breathtaking views of the surrounding grassland and the Strait of Dover.

The mere sight of the serene white cliffs is a balm to the troubled mind. Matthew Arnold beautifully captures the loveliness of the landscape when he writes,

The sea is calm tonight,

The tide is full, the moon lies fair

Upon the straits:- on the French coast, the light

Gleams, and is gone: the cliffs of England stand,

Glimmering and vast, out in the tranquil bay. 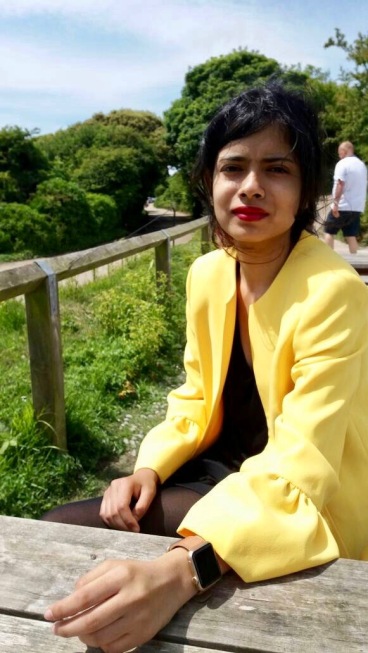 7 thoughts on “The White cliffs of Dover, England”