It comes as no surprise that a castle built in the Middle Ages will encompass a plethora of history lurking within its walls. Such is the case with almost all the English, Welsh and Scottish castles. Standing the brutal test of time, a castle tells tales of the rise and fall of various monarchies and the lives of numerous men and women who have walked within its confinements at different periods in time. From the moment you step inside, it is a fascinating ride to the past – a confluence of the present and the bygones, a place where ancient figures walk freely in the deep and dark shadows of the colossal towers and the large pale rooms. The Sissinghurst castle at Cranbrook is no exception. 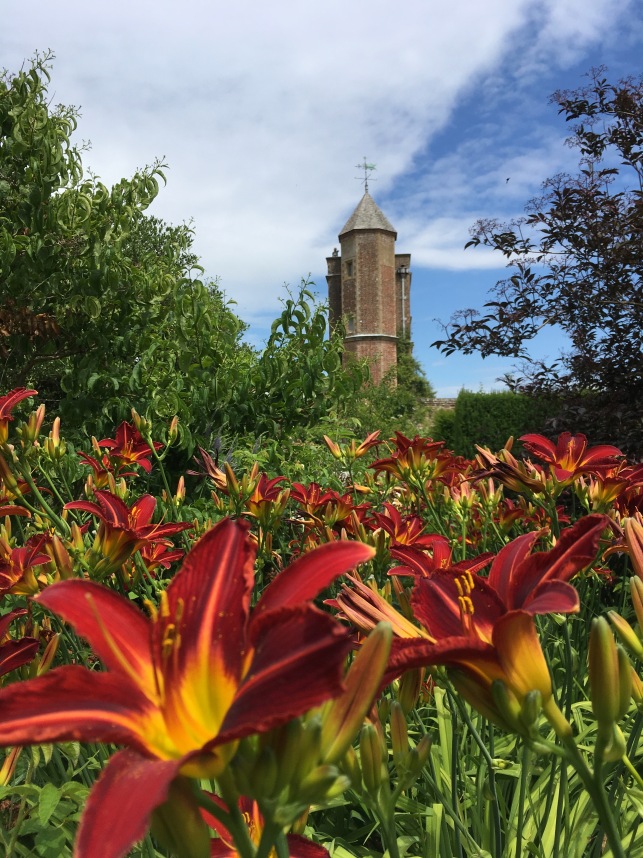 In one of my solo travels across the United Kingdom, I had decided to visit the much renowned gardens at Sissinghurst, Kent. The train from London goes as far as Staplehurst. From there, I took the bus to the charming little village of Sissinghurst. The one and a half mile walk to the property was easy, pleasant and delightful. The wealds of south-east England are particularly lovely during the summer months of June and July. A touch of yellow among the green undulating plains paints a pretty picture of the Kentish countryside.

One of the most alluring features of Sissinghurst is its white garden that starts to take shape towards the end of June. More popularly known as a moonlit masterpiece, the white and silver garden was very dear to Vita and Harold, the owners of the garden in the early twentieth century. Today, the garden is under the care of National Trust which continues to take care of the estate since 1967, following Vita’s death. 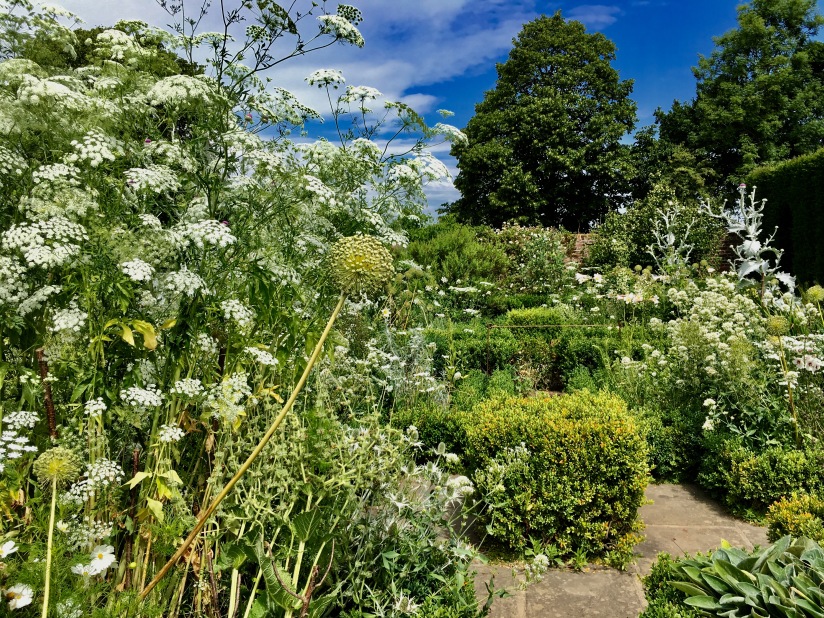 The white gardens are so named after the green, grey, silver and white foliage that covers the northern end of the property and reaches its floral peak in July. Vita’s love and affection for her pale white garden is revealed when she writes,

All the same, I cannot help hoping that the great ghostly barn-owl will sweep silently across a pale garden, next summer in the twilight- the pale garden that I am now planting, under the first flakes of snow. 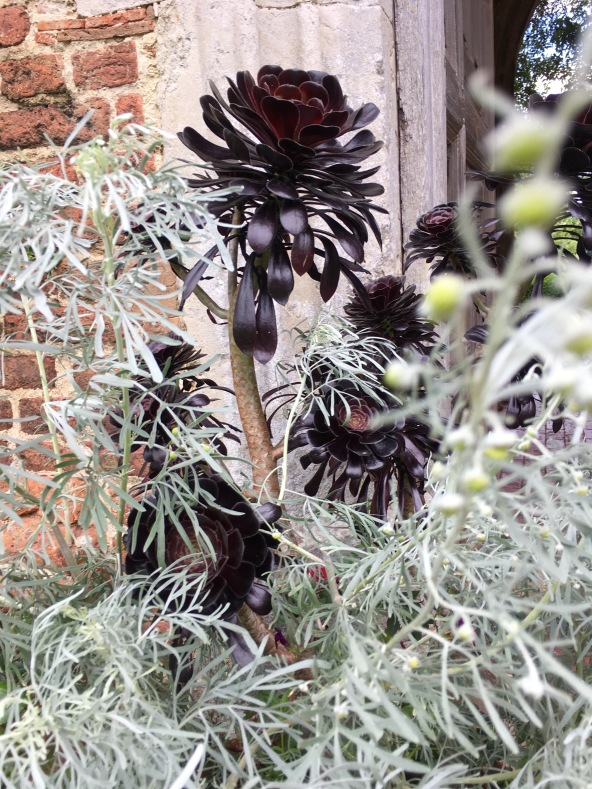 While on a visit to the Sissinghurst castle gardens, it is impossible to ignore its rich past that spans many centuries and owners. The castle came into prominence in the year 1305, when King Edward I of England decided to pay a visit to this Manor house built in the early middle ages. By the sixteenth century, the manor was rebuilt by one of King Henry VIII’s councillors and in the year 1573, Queen Elizabeth I was believed to have stayed here for three nights. 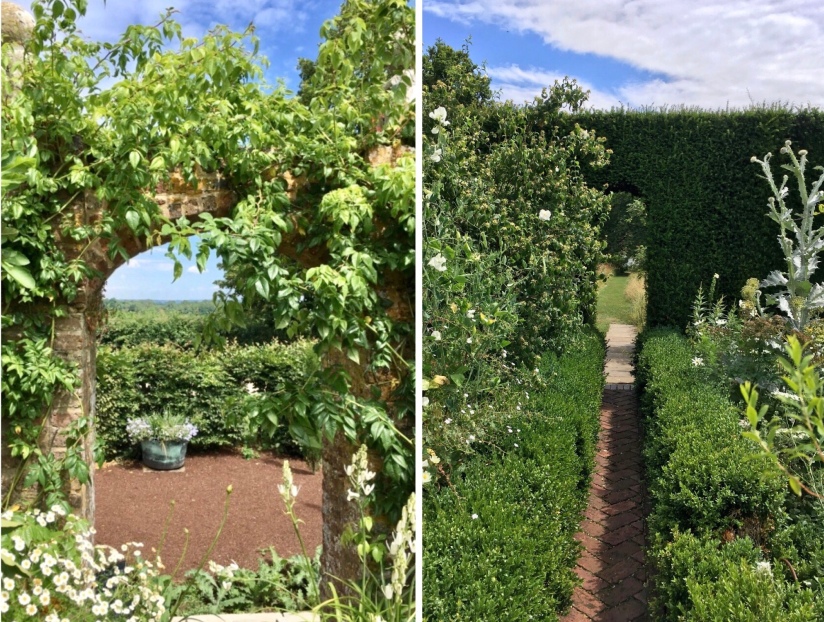 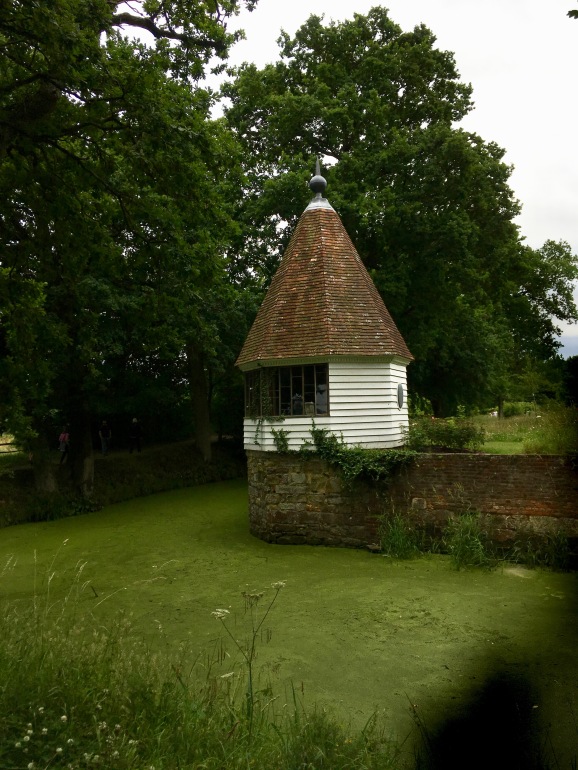 During the seven years war fought between France and England from 1756 – 1763, the castle housed around 3000 French sailors who were captured by the British and imprisoned amidst nasty conditions and a dire supply of food. Later, the property was purchased by a Cornwallis family and was used for farming purposes. Finally, the property passed onto Vita Sackville-West and Harold who took good care of it and raised a garden of great fame. 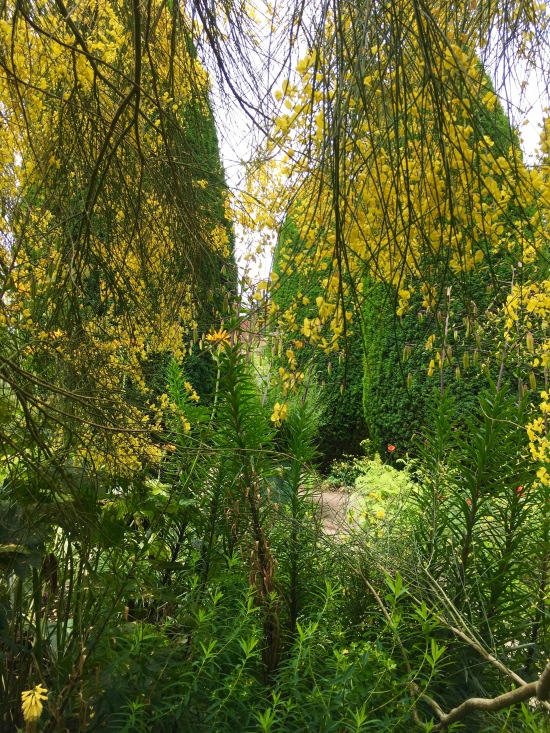 It was the beginning of July and last few roses of summer were still on display. Every time I step foot into a castle garden, I am enamoured by the different kinds of flowers and vegetation that find a way to grow and bloom in all the four seasons. The Sissinghurst castle gardens reminded me of a poem I had studied in my school days –

I will be the gladdest thing
Under the sun!
I will touch a hundred flowers
And not pick one.

I will look at cliffs and clouds
With quiet eyes,
Watch the wind bow down the grass,
And the grass rise.

14 thoughts on “The Sissinghurst Castle gardens at Kent, England”