My origins are humble and my story is one that is not often told. From a high hill overlooking the Bristol channel at Somerset, I have stood for over ten long centuries and witnessed the rise and fall of various kingdoms, the many battles and victories, poverty, oppression and the life and times of people at my village and county.

For me, Time passes slowly and I am no stranger to the tides that turn friends into foes and mighty nations to dust. Before I am left to confront my fate that leaves me under the mercy of time, I leave you my confession, the story of my life – a life that is both a blessing and a curse, a life that lives to tell tales of invasions and destructions, wars and prisoners, ghosts and apparitions, love and romances.

I am a phantom from the middles ages; a warrior and a survivor; a guardian and a defender of my land and people. I am a manifestation of the eras long bygones; I am your past, a living embodiment of your tumultuous, scarring and unforgettable history. I am a castle in the clouds; I am the castle at Dunster.

I started my days on earth as a lowly iron age fort.  My fortifications were made from stone  and much of my interiors were large open spaces on a raised mound of earth. Back in those days, the sea lay at my feet and shielded me from the enemies beyond the shore. Towards the beginning of the eleventh century, my country was at war with the Norman forces who invaded south-east England. After the defeat of the English at the battle of Hastings, Somerset had a new baron and I served as the dwelling place for my new lord and master – William I de Moyon. 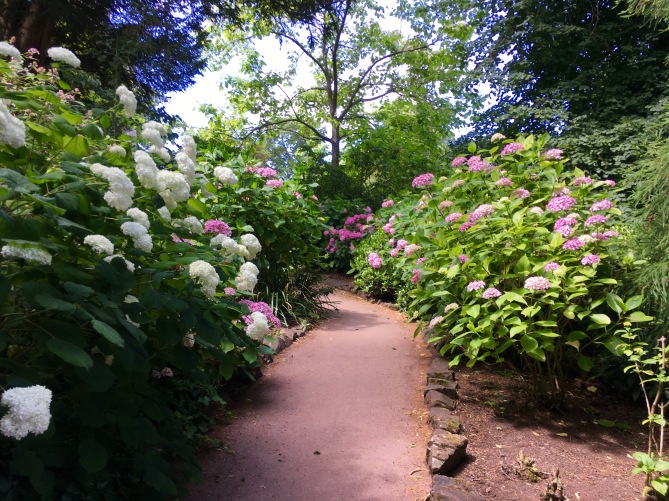 William I de Moyon, an able commander of the Normans constructed a timber castle on my premises and strengthened the defences around me with stronger walls. River Avill, that encircles my borders and flows into the Bristol channel was an important source of  living for the people at Dunster. Slowly, more and more people started settling around the river and for a brief period of time, my village flourished with its many fisheries and vineyards. The happy days were short-lived and by the beginning of the twelfth century, England was in the midst of a civil war between King Stephen and Empress Matilda. The repercussions of the raging war were felt at large and I managed to survive a horrific siege carried out by King Stephen and his army of knights and foot-soldiers.

In the year 1404, I was passed over to the Luttrell family who bought the castle from the last of the de Mohuns. After many years of suffering, neglect and ruin, I was restored to my former glory under his new lordship. A beautiful deer park was created outside my walls and the Great Gatehouse was built on my site. By now, I was a proud castle with lofty towers soaring high above the Dunster village. Overlooking the vast plains of Exmoor towards the south, I could be spotted, adored and admired from miles; I was strong, beautiful and royal. To distant wanders and my villagers alike, I was picture – perfect.

The onset of the fifteenth century brought with it the War of the Roses, a series of wars fought between the houses of Lancaster and York to gain control of the English throne. The Luttrells, who owed their allegiance to the house of Lancaster, were defeated at the Second Battle of St. Albans under Edward IV. Amidst much chaos and anarchy, I had a new owner for a brief period of time – the Herberts. I was home to the Herberts only to be won over by my former owners, following the coronation of Henry VII from the house of Lancaster. 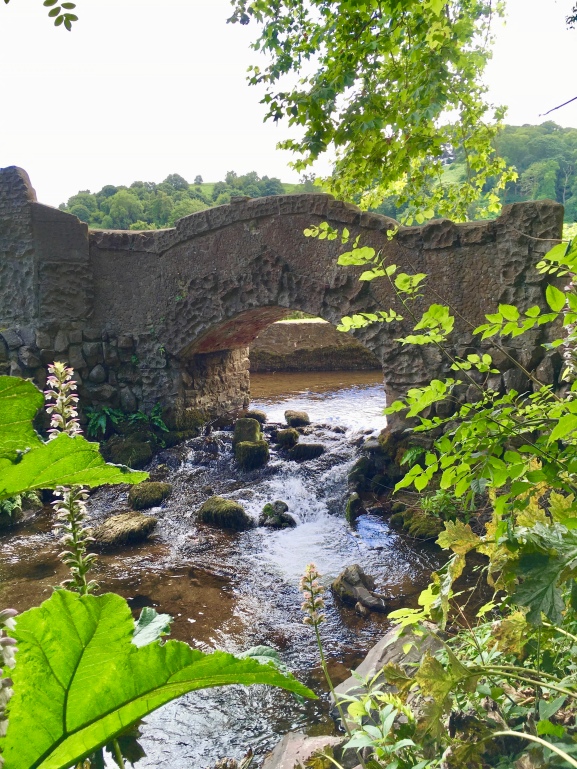 The history of man is one that is fraught with greed, pride, oppression and destruction. Surviving the threats of time is challenging and yet, it is still harder to forgive and forget the follies of men, the kind that calls one to take up arms and wage war against nations. Mankind has always been a threat to themselves and to everything around them – including me.

Fresh wounds were inflicted on me during the English Civil war fought between the Royalists and the Parliamentarians. It was during this period that I had undergone severe damages. My defensive walls were brought down and I was only left with the gatehouse and my two towers in the lower ward. Battling debts and heavy financial losses, my later owners were never completely able to repair the havoc and destruction caused by the warfares of men throughout the centuries. Was this, then, the beginning of my end?

In the late nineteenth century, I was re-construtced in a Victorian style and much of my former self was lost, never to return. Square towers were built on my east and west, making my interiors spacious, asymmetrical and very Gothic. I served the Luttrell’s till the latter half of the twentieth century and in 1976, I was sold to National Trust. Today, I am listed as a grade I monument and welcome visitors.

I appeal to the senses of the young and old; my walls, towers and grand interiors with large oak windows are beautifully crafted with skill and poise. The spring and summer evenings bring young lovers to the river garden, a place of tranquil, solitude and bliss. River Avill trickles around my walls and flows past the yew bank, the beloved southern terrace, an old mill and a tearoom. Many a times, locals and visitors have seen visions, apparitions and green orbs of light floating through my corridors. I have lived long enough, seen it all – a silent spectator to the ways of men and their world, the end of a century and the beginning of another. My story is the story of the people at Dunster, of Somerset, of England.

Author’s Note: I visited Dunster castle in the summer of 2017. The pictures were taken in and around the castle premises. I am truly grateful to National Trust and English Heritage for taking good care of Britain’s historical sites and I wish them success in their noble cause of protection and preservation.

19 thoughts on “A Castle in the Clouds| Somerset |England”