Sometimes I see and at other times, I observe. A city of spires, Prague never fails to impress its inhabitants; architectural grandeurs including soaring spires, tiled roofs, green domes, and arching bridges – the kingdom of Bohemia is exotic, picturesque and one of the finest examples of European skill and artistry. A quick stroll along the banks of the Vltava river on a fair day is so much like going back in time to medieval Europe. Well preserved and maintained, the city looks like one of those picture-perfect postcards – uniform,  majestic, rich and so very European in nature!  Like any other traveller to the city of Prague, I have crossed the Charles Bridge many number of times, at different hours of the day, in both spring and winter. Each time, I see something different, something unique, something that lingers in my mind’s eye even as I sit down to write this post.

Charles bridge, besides being one of the most important attractions of the city of Praha, is also a landmark that connects the old town to the lesser old town. The bridge is fortified by two 13th century towers on either edges and rests on 16 massive vaults constructed across the river. Adorned by statues of saints, emperors and the Madonna and the Child from different centuries, the Charles bridge is aesthetically rich and carefully erected; it encompasses the history of Prague throughout the centuries and is a reminiscence of events that are important to the continent of Europe. Needless to say, it is bustling with visitors at any hour of the day. 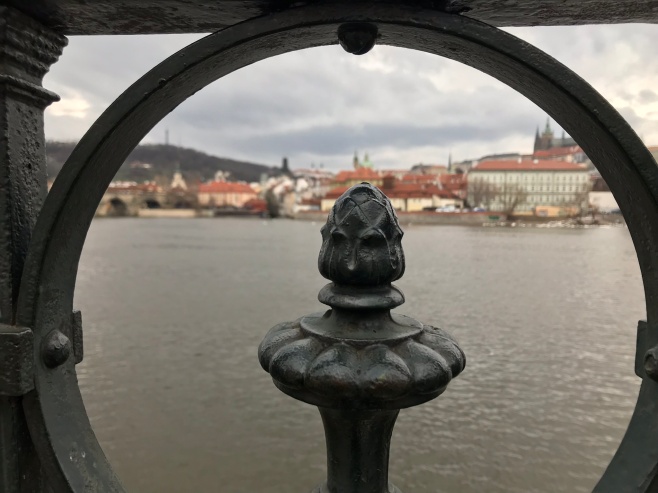 One can never get lost in Prague. The two magnificent spires of Tyn’s cathedral rises above the city’s skyline and leads you all the way to the old and familiar town square. There is no better way of exploring the city than by following the many church spires that steers an explorer’s way through some of the most beautiful streets of Prague. So much more better than using detailed maps! For those fascinated by Gothic churches, Baroque bridges and 18th century architecture of Continental Europe, Prague is a dream come true!

The bridge is named after the Holy Roman Emperor, Charles IV, who started laying foundations of the bridge in the year 1357. After his coronation in 1347, Prague was chosen as the main seat of power and the city grew and flourished under the skill, tact and diplomatic allies of his holiness, the emperor. He founded the Charles University on 7th April, 1348 and to this date, the university is renowned for its arts and sciences. A patron of architecture, Charles IV spent large sums on monasteries, churches and residences. He envisioned Prague as the holy city of Jerusalem and founded the richly designed New Town in 1348. 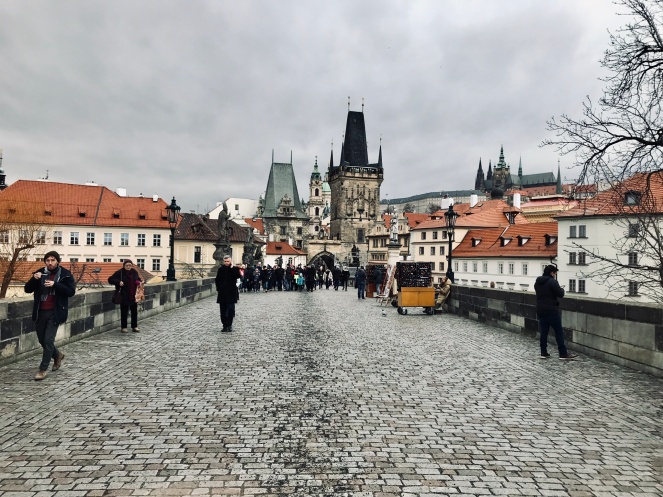 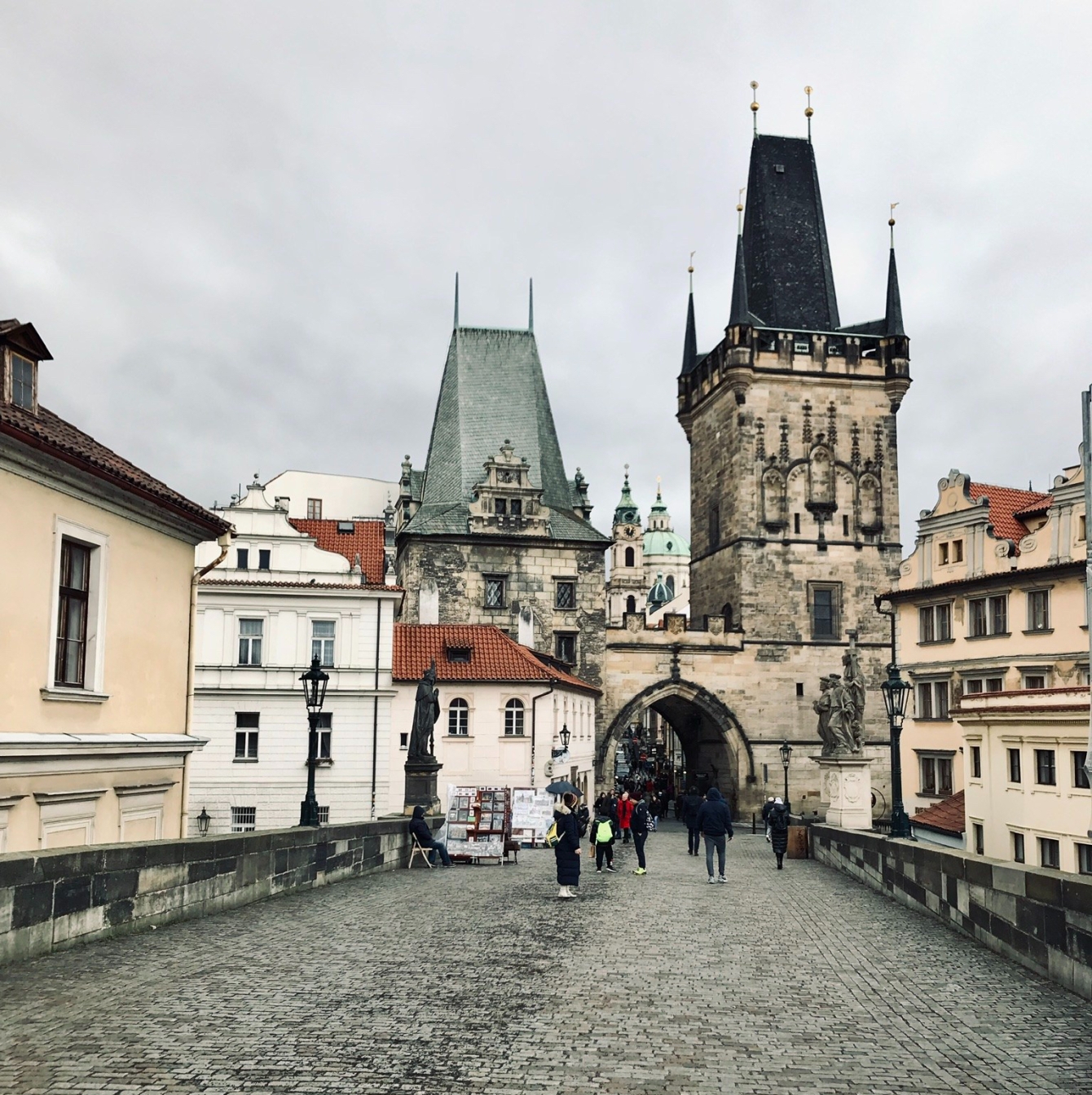 The bridge itself, is so alive and lively and happening! On a day with better temperatures, the bridge has so much to offer to those standing on its premises. An array of caricature artists, live playing musicians, bohemian jewellery sellers and outlets displaying old paintings and vintage pocket watches – a walk across the bridge is an authentic Bohemian experience. On one particular day of my visit, I strolled across the bridge and made a sharp note of my surroundings. The 3/4 rhythm of a saxophone reached my ears as I made my way though the crowd and crossed an artist making a live sketch of the Prague castle, a man on his knees making a wedding proposal to a hysterical and overjoyed woman, a young violinist playing Brahm’s Hungarian Dance No 5, visitors and tour guides making frequent stops near the elegant statues, a woman reading fortune cards and a middle-aged man playing the ukulele in a traditional long – flowing costume. Even in the span of less than an hour, there is so much to see and so much more to observe.

Many a times, a solo walk through the city leads me to the Charles Bridge. Every time I am there, I look forward to the little details that escape the common eye. A city is full of surprises; I find myself going back to the Charles bridge again and again, knowing that I will witness something new and unique in all of my planned and unplanned visits.

25 thoughts on “A Walk to Remember| Charles Bridge| Praha”